Hit enter to search or ESC to close

The year 1994 saw the passing of a momentous law – the Transplantation of Human Organs Act (THO). According to this, a brain dead person’s organs can be considered for transplantation. Of course, this is only carried out after a formal declaration of brain death and consent. The procurement of organs for transplantation involves the removal of organs from the bodies of deceased persons. Two decades ago, we conducted the city’s first cadaveric kidney transplantation – a new beginning for us and countless others.

So what makes our centre stand out amongst the crowd? Perhaps its the fact that our fully equipped twenty-eight bedded dedicated unit has experts to declare brain death and maintain cadaver donors. Or perhaps the fact that our competent staff and medical coordinators come equipped with experience and of course a humane touch. Maybe the joint forces of multiple departments help support and address complications that may arise, as well as the availability of our mobile support team.

The reasons may be innumerable, but our work has not gone unnoticed. In the year 2015-16, the NOTTO (National Organ And Tissue Transplant Organisation) awarded Ruby Hall Clinic for its services in cadaveric organ donation – standing first amongst innumerable hospitals pan India.

However, through all our achievements, the biggest gift of all is the grateful smile of a family whose loved one has been saved by another’s generosity.

Fact: No, a brain dead patient will not come back to life. It is not related to mercy killing or even coma.

Myth: If a doctor knows you’re an organ donor, he won’t try to save you

Fact: If you are sick or injured and admitted to the hospital, the number one priority is to save your life. Organ donation can only be considered if you die and after your family has been consulted.

Myth: Since I am old and not in good health, nobody would need my organs

Fact: Solid organs are generally transplanted from donors up to age 75. Tissues like skin and corneas may be usable even if the donor is older. Before the organs are removed, the donor’s medical history is studied; things like smoking, kidney failure, diabetes and active infections. After organs considered likely to be transplantable are removed, they’re examined for signs of tumour or damage from trauma.

Myth: My family will be charged if I am an organ or tissue donor

Fact: There is no cost to the donor’s family or estate for organ and tissue donation.

Myth: I cannot specify which organs or tissues I’d like to donate

Myth: My religion does not support organ, eye and tissue donation

Fact: Donation is supported by all major religions as a final act of generosity towards others. If you are unsure or have any questions, please speak with your religious leader.

Myth: Organs are only given to the rich

Fact: This is not true. Criteria such as age, blood group and clinical status are taken into consideration and organs are given to the most needy and suitable recipient. Money is not in the picture at all.

Myth: There is disfigurement after organ donation

Fact: There is only a cut on the body which is sutured just like after any other surgery. The body is then handed over to the relatives for last rituals.

Myth: If the family agrees for organ donation then the donor is mistreated

Fact: Not true. In fact intensive donor care is required to maintain the donor and the organs.

Organ transplantation is the 20th century’s most important and beneficial invention to human beings. In the year 1994, India passed the law on the Transplant of Human Organs (THO). According to this law, a brain dead person is considered to be dead and thus we can transplant his/her organs to the needy patients. This has helped in the availability of human heart, lungs, liver, kidney, pancreas, etc for organ transplantation.

The relatives of the brain dead person can take a decision to give away these organs for transplantation. We have a huge number of brain dead persons in our country. This would help in avoiding organ transplantations among the living persons if a mechanism is implemented for the collection of information of such patients and better coordination among us.

Relentless work by Ruby Hall Clinic for over two decades has enabled us to break the myth about organ donation. Two decades ago, we first conducted kidney transplantation surgery on a poor patient and were successful in saving his life. In these last two decades, we have carried out more than 60 organ donation surgeries.NOTTO (National Organ And Tissue Transplant Organization) has awarded Ruby Hall Clinic the first prize for their services in cadaveric organ donation program in the year 2015-2016.

We have seen that there has been a gradual social awareness about organ transplantations between the years 1997 to 2016. Earlier people were not ready to accept the fact that the patient is brain dead and we could transplant the patient’s organs. A positive environment can be seen about organ transplantation today in the society as the misunderstanding about it has been cleared. Especially, in Pune, we can see a high number of such surgeries being conducted. This is still not enough. We need more number of such donors and receptors.

However, this awareness is limited to urban areas and we need to reach the rural areas also so that the patients from remote areas may benefit from it.

Even in urban areas conversion of brain death declaration to actual organ donation has to improve. It is the joint responsibility of health care workers, social workers, administrators & social media. 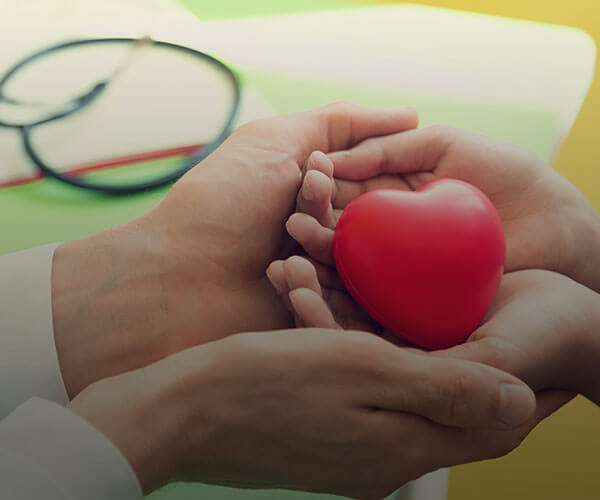 We are now on Mobile. Download our Patient Mobile APP.